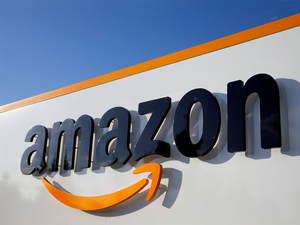 Amazon announced on Wednesday that it has decided to increase the pay of over half a million employees in the delivery, fulfillment, and sorting teams. The company will raise the pay between 50 cents to $3 an hour.

The American tech giant revealed that the new payment reform will be effective between May and June. This comes after the firm has signed a deal for dodging federal income tax with president Joe Biden.

Amazon had hired over 500,000 people last year during the pandemic. The Seattle-based organization now has 1.3 million employees all over the world.

Usually, the e-commerce giant reviews the salaries before the holiday shopping bonanza every year in the fall. But this year they have forwarded the event as it plans to hire ‘tens of thousands of new employees across the US, said a worldwide operations vice president, Darcie Henry.

The official statement says that the employees from the delivery, package sortation, customer fulfillment, and specialty fulfillment teams will be receiving the raise. The other teams will have their annual compensation re-evaluated throughout the year.

Amazon increased its minimum wage to $15 per hour for the workers in the US in 2018. The company has joined multiple other big organizations recently in support of increasing the federal minimum to the same amount.

Amazon has advertised its minimum hourly wage as one of its benefits after it repelled an unsuccessful yet vastly contested attempt to establish the company’s first union at a facility in the US earlier this month.

Both unions and politicians have accused that Amazon monitors and puts regular pressure on the employees. They have little to no job protection and needed a body that could perform collective bargaining.

Amazon was accused by the planners of the attempted union drive that it threatened the workers ahead of the mail-in vote. They have filed a case against Amazon with the National Labor Relations Board.

The founder and the Chief Executive of Amazon, Jeff Bezos said after the union vote. that they will have a ‘better’ vision for the employees in the future.

He expressed the new goal for the company in a letter, ‘Earth’s best employer and Earth’s safest place to work.’

The announcement of the pay rise comes a day before Amazon is about to release its first-quarter earnings.