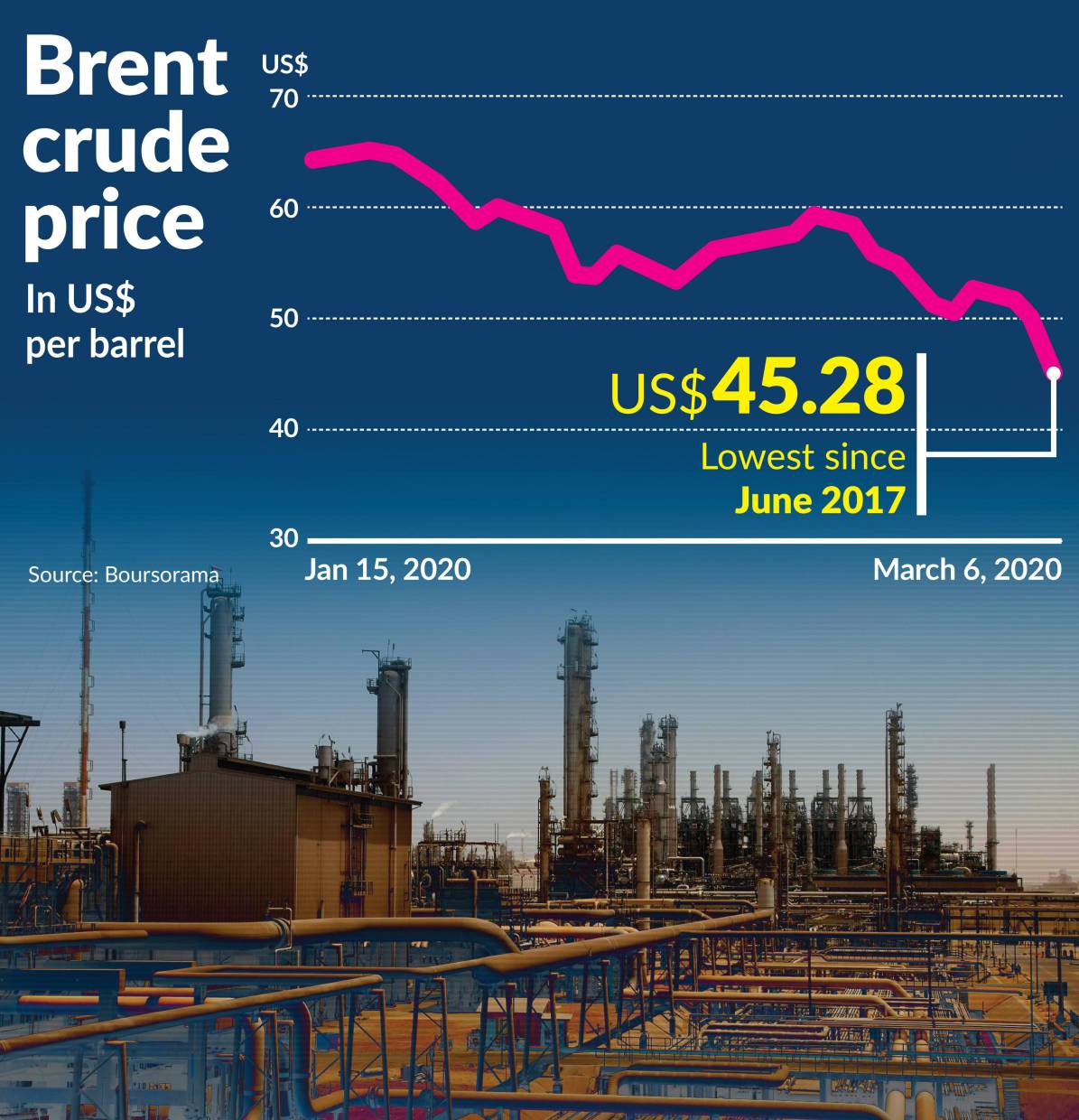 There has been a rise in the oil prices globally after it has been said by Donald Trump that he expected Russia and Saudi Arabia to end the price war between them and strike a deal.

During the same period, shutdowns had a hard-hitting impact on the demand all over the world so that the coronavirus spread has been slowed down.

The worst quarter has just been recorded by US oil which has dropped by almost two thirds in this year’s first three months.

While throwing light on the news conference dispute at White House, it has been said by Mr. Trump that it is both very bad for Saudi Arabia and Russia as they are going through a slump. Only a deal between the two countries can save the situation.

He also further added that it is expected from them to work out the solution in the coming few days after he had a word with the leaders of both the countries.

The crude oil for Brent in the trade by the Asians it went up by 6% to more than $26 per barrel while the prices of US oil was somewhat higher by 5%.

It has been suggested by the traders that prices could also be boosted in an expectation that the shale oil producers of America that have got relatively higher production costs are going to come under severe pressure to cut down on production.

According to the chief marketing strategist for CMC Markets, Michael McCarthy, some of those producers might get wiped out due to high levels of debt.

The oil industry in America, which has been ravaged as described by Mr. Trump, has just been witness to the first stock casualty which is market traded with the oil prices collapse.

Whiting Petroleum, who are the producers of Shale, and has once been the largest oil producer in North Dakota, a state in the US has already filed for bankruptcy this week on Wednesday. It has been said by the company that it had worked towards cutting costs and the operations will continue under a restructuring plan.

It happened because crude oil’s global demand went down by almost 23% as predicted this month compared to the figures that were there a year ago. These reports are according to Rystad Energy which is a research firm.

For the moment, according to reports that surfaced, Mr. Trump is slated to meet the bosses of top energy companies who have a major share, on Friday that includes Chevron and Exxon Mobile at the White House.

A range of options will be discussed by them which is possibly going to include tariffs on imports of oil from Saudi Arabia as reported by the Wall Street Journal.