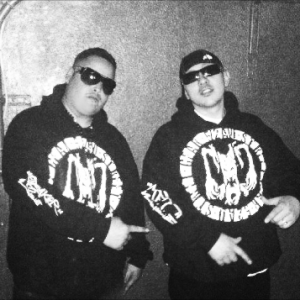 Stryker & MFT is an American Hip hop music duo, that produces, and writes their own music and have mostly become popular due to their Hip Hop blues style of music production, and a strong social media following. They’re independent rappers and music producer with hundreds of thousands of fans spanning all parts of the globe. They are Currently signed to 50/50innertainment Record Label and are the current owners of the label. Stryker & MFT have recently gained massive support from the Hip Hop music community Nationally by Collaborating with major Hip Hop artists and has become one the most popular producers of the genre in Colorado. Their first album, Stryker & MFT charted next to popular celebrities like Justin Bieber, Eminem, Lil Wayne, Drake and more and made thousands of dollars off their streams and sales in the Myspace days. It wasn’t until after years of success that they decided upon the name Stryker & MFT and began distributing original productions, after solidifying their skills as young rappers within the community.

Stryker & MFT started Producing music in 2008 and performing alongside some of Colorado’s most known local Hip Hop artists at concerts. This resulted in them becoming very popular in Colorado 2009. Continuing their career,in 2010 They made their second album called Money Come & Go which is most well known for its significant role in being the first Colorado Hip Hop group to feature songs on an album with Platinum rap artist LiL Flip, gold selling Hip Hop group Do or Die , R&B Singer Johny P and Texas Underground rapper Lucky Luciano. They have continued their much success by distributing their 3rd album in 2017 under the name I would rather eat crumbs with bums than eat steaks with snakes and a fourth album coming soon featuring late Legendary rappers Koopsta Knicca & Lord Infamous of Three 6 Mafia. They continue to stay relevant not by releasing a thousand songs, but by creating music that can be played throughout the years and investing into building their fanbase. They have over a 1,000,000 fans throughout all their social networks and have been featured in AXS.com and Huffington Post for being Co-Signed by Def/Roc Nation A&R Lenny Santiago. When we asked owner Michael Mares what advice he would give to striving Musicians and Record Labels said, “In order to follow your dreams you have to invest into yourself because no one else is. If you don’t have money to follow your dreams this might not be the industry for you. 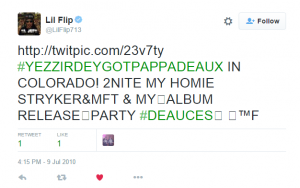 For more information, Please go through the link :