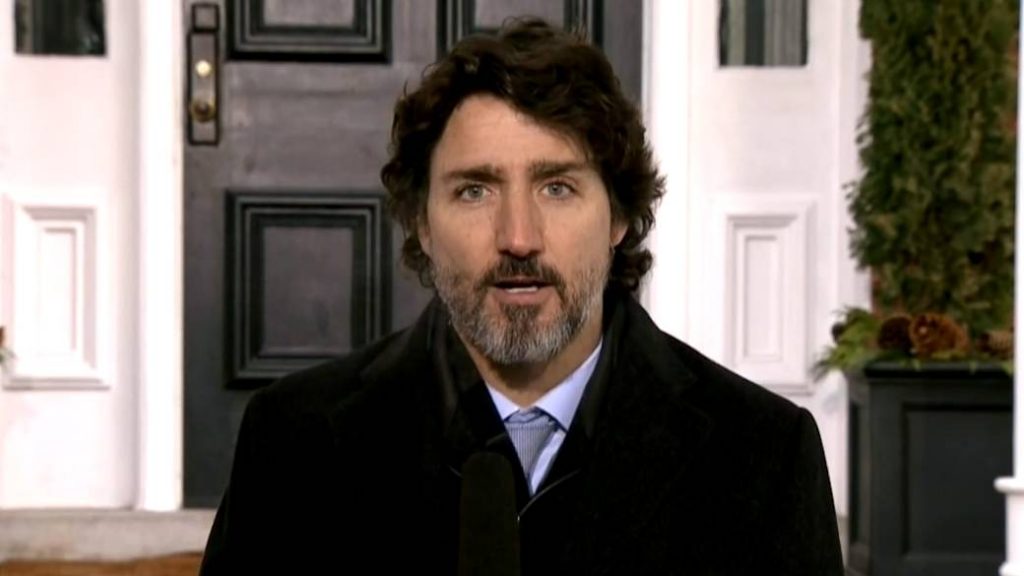 Prime Minister Justin Trudeau has recently stated that Bloc Quebecois Leader Yves-Francois Blanchet has been playing dangerous games around intolerance and hate following comments made by Blanchet about the new transport minister.

A Wednesday press release from the Bloc Quebecois said in French that the Bloc leader has refused to accuse anyone but the questions are raised about the proximity of the new transport minister, Omar Alghabra, to the political Islamic movement that he was a leader of for many years.

Trudeau quickly fired back at Blanchet over the insinuations and implied that the leader is contributing to hateful rhetoric that can thereby result in incidents like the riots that can be spotted in the U.S. Capitol last week.

Trudeau said that he was absolutely floored to see a federal party leader use insinuations and carefully load questions, particularly this week when they all just lived through last week, of what happens when the leaders don’t take care of the words they do and play all sorts of dangerous games around hate and intolerance.

He further added that these individuals of course stand there innocently and simply say that their motive was to just ask n0ormal questions.

Trudeau stressed how he finds all these ridiculous. That kind of political pandering to the worst elements, and to anxieties, and fears, has absolutely no place in Canada, and that all of them need to stand up strongly to push back against that anywhere when it happens anywhere in the country.

In a statement on Wednesday sent to the Canadian Press, a spokesperson for the Bloc Quebecois said that the party has been simply raising questions about the Minister’s past.

Spokesman Julien Coulombe-Bonnafous said that it is really just questions about his past and also the separation of church and state, which is apparently of profound value for the Bloc. He added that they certainly do not want to raise any further questions because they don’t think that there’s much left.

On Friday, the Bloc Quebecois told Global News that they had nothing to add to the said statement aside from to note that it is their complete job to ask questions and that’s all they have been doing in this instance, as per Coulombe-Bonafous.

Meanwhile, Alghabra has pushed back on the insinuations.

On Friday in a statement released to Global News, he said that every elected official is being normally judged on their positions, actions, and statements. And, he has been very clear and consistent from the very beginning. Also, he is quite curious as to why Mr. Blanchet has been relying on unsubstantiated rather than his actual track record.

Alghabra added that Blanchet has made a choice to use dangerous rhetoric and added that he believes that Quebecers and all the Canadians shall make the appropriate judgment on his regrettable political choices. And, as for him, he has just begun an important mandate for all the Canadians.

Khloe Kardashian Came Together With Ex Tristan Thompson For True’s First Birthday Party
Poland Beholds The Second Night Of Protests For A Near-Total Abortion Ban
Joe Biden Has Sent 500 Million Doses Of Pfizer Vaccine To 100 Countries Over A Year
Keke Palmer Is Securing The Bag With The Show ‘Strahan and Sara’
Katy Perry Welcomes Her Firstborn, Daughter Daisy Dove Bloom With Orlando Bloom
Heavy showers slowing down the pace of the 'Economic Capital of India'
Tension Rise As Putin And Biden Meet For The June Summit
Toya Wright Shares The Video Of Her Successful 5K Event Held In Albany, GA
Music
Category
Latest News