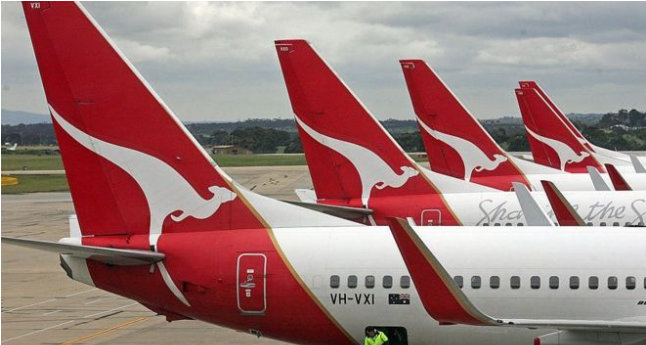 The most favorite airline of Australia, Qantas has suspended most of the international flights until at least late October. This important decision has been taken to seize the further spread of the novel Coronavirus. Only the flights set for New Zealand will be available.

Australian Government will not be entirely ready to reopen its borders to international travelers by the end of 2020 as the spike of the flu is rising in many countries.

After partial lockdowns, Qantas and subsidiary Jetstar is trying to make stable business by finding their feet in domestic flights that are available in some parts of the country. They are boosting the flight services after witnessing a twofold increase in domestic passengers sticking to 64,000. Last week, it was merely 32,000 people who boarded domestic flights following the restrictions.

At the time of the year, usually many people chalk out vacation trips in foreign countries but the pandemic has taken away that opportunity from Australians. At this crucial stage, the national tourism minister of Australia has suggested the people enjoy their holidays within the country. It will soon be over after a few months’ wait when the international flights will be resumed. But the government looked keener to deal with the spike of COVID-19 as their top priority.

The airline reported on Thursday that they canceled almost every international flight until late October because the Australian government has sealed the borders. As long as the borders are closed, they will only work with domestic flights at the moment.

They continued with the statement saying that only flights to New Zealand might remain available. Considering “the expected travel bubble between Australia and New Zealand”, a number of flights will be scheduled on this route during this period.

The popular Australian airline has mentioned the statements of the Tourism Minister Simon Birmingham when they were asked about a logical explanation behind this drastic decision.

Birmingham officially announced on Wednesday that they chose to close the borders of Australia because they wanted to slow down the spread.

Australia has been handling the spread of Coronavirus quite successfully because the country has undergone some severe changes and one among these is to seize the new wave coming by letting the travelers enter the country form other nations. Simon Birmingham has announced that the borders will only reopen when the situation gets better. So far the Australian government has fought usefully against the flu.

He also has told the National Press Club that general travel within the safe cities is resumed but unfortunately the foreign destinations for tourism “remain quite some distance off”.

On the bright side, Qantas will increase the number of its domestic flights up to 15% after the removal of some serious restrictions. It also eases out the tension as it has mentioned resuming all the international flights will be ready to take off at full throttle once the new regulations on the borders will be withdrawn.

The aviation industry has been mending the temporary yet major damage by the safety and travel measurements due to the pandemic to combat the virus. Many high-end airlines are one step away from razing to the ground. Virgin Australia, Thai Airways, and Colombia’s Avianca are struggling in this difficult condition. Thousands of workers from the aviation industry are laid off. The International Air Transport Association came up with an estimated figure in June, resulting in a loss of $84bn (£67bn) this year.

Nova Scotia Sees A Surge In Women Skateboarding Amidst The COVID-19 Pandemic
Five Years Later, Indie Game ‘This War Of Mine’ Generates Havoc Revenue
More deaths Are Reported in an Intense Heatwave in US Northwest
Remedy’s Return With New Action Control At Unbelievable Prices
150 years of chemistry’s periodic table is celebrated by UNESCO
Bytedance, The Owner And Co-Founder Of Tik-Tok Has Made Its Earnings Double In 2020
Toya Wright Shares The Video Of Her Successful 5K Event Held In Albany, GA
Agitation Among Public After Lebanese Government Steps Down Following The Beirut Blast
Music
Category
Latest News