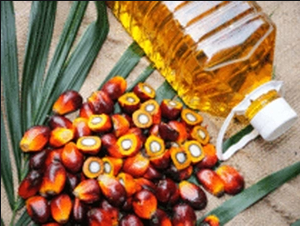 As per Reuters’ reports, the top palm oil buyers are intending to cut off FGV Holdings and Sime Darby Plantations from the global supply chain. The move comes after two Malaysian palm oil producers were banned by the US government.

According to US food company General Mills, they have taken the strict step for the two Malaysian companies and the other suppliers have been requested by several buyers to block FGV and Sime Darby products not only from entering the US, but Europe, Australia, and Japan as well.

Both the companies have been banned since last year by the US Customs and Border Protection because of the allegation of the use of forced labor during production.

Despite being the cheapest and fastest-growing crop in the world, the palm oil industry has been receiving huge backlash as the producers have been accused of deforestation in Southeast Asia.

The two neighboring countries Malaysia and Indonesia contribute to almost 85% of the palm oil production of the entire world.

As per sources, many palm oil companies are afraid that they will lose their reputation and customers if they purchase from these two producers.

The sources did not make their identity known as they did not have permission to talk to the media.

General Mills told Reuters that they have told their suppliers all over the globe to cut Sime Darby and FGV from their supply chain. They also imposed ‘not buy orders’ for both the oil producers.

According to the chocolate maker giant Hershey, all their North American suppliers have banned Sime Darby from supplying as per the US order.

Several other buyers such as Hershey, Nestle, and Unilever have removed FGV back in2018 from their supplier list as there have been allegations of unethical labor practice in the company. It was first brought to light by industry watchdog Roundtable on Sustainable Palm Oil (RSPO).

Many companies still rely on the world’s biggest palm oil producer Sime Darby for their palm oil supply. Sime Darby is certified by RSPO for sustainability.

Companies like Nestle, Kraft Heinz, and Unilever announced that they were in talks with Sime Darby regarding the allegations against them in the US.

Kraft Heinz revealed that the company is discussing the matter of human rights violations in Sime Darby with them. And the company will make sure that no such thing happens in their supply chain. They are willing to break off all the relationships with Sime Darby if needed.

Sime Darby said in response that their major consumers are continuing to support them.

MohdHarisMohd, the managing director of Sime Darby stated that their customers believe in their work and their willingness to improve. The consumers also rely on them as the largest RSPO-certified sustainable palm oil producer in the world. The company is responsible for almost 17% of the total CSPO supply in the world.

Coronavirus is declared to be a pandemic by WHO, 1000 of new cases are reported in the US and Italy
North Korea Troops Killed South Korean Official After Crossing The Border
Saudi Aramco Is Still Keen On Buying A Huge Stake In India’s Reliance Industries
The Scorching Heat Is Back In Kolkata Less Than Just 24 Hours after Cyclone Fani
Meghalaya HC judge stated that India should have been declared as Hindu Country after partition
Katy Perry Welcomes Her Firstborn, Daughter Daisy Dove Bloom With Orlando Bloom
Play The Latest Battle Royale Game Watchers That Let You Win The Game Even After Death
Despite The Marital Drama, La La Anthony And Carmelo Anthony Celebrate Summer In Their Ways
Music
Category
Latest News